(JTA) — Israel captured the remaining two Palestinian prisoners of the six who riveted the country with their escape from a maximum facility two weeks ago.

Israeli police and army troops surrounded a building in Jenin in the West Bank on Saturday night. The two remaining prisoners emerged and surrendered.

They were Iham Kamamji, 35, who was convicted in the 2006 murder of Eliyahu Asheri, an Israeli 18-year-old who had...

Lee Zeldin announces that he in remission from cancer, says it will not affect NY governor run

WASHINGTON (JTA) — Lee Zeldin, the prominent Jewish Republican congressman who is running for New York governor, announced that he is in remission from leukemia but will continue his campaign.

“Through early detection, last November, I was diagnosed with early-stage chronic myeloid leukemia (CML),” Zeldin’s congressional office said in a statement Saturday. “I then began treatment with an immediately positive response and no side effects. Over the... 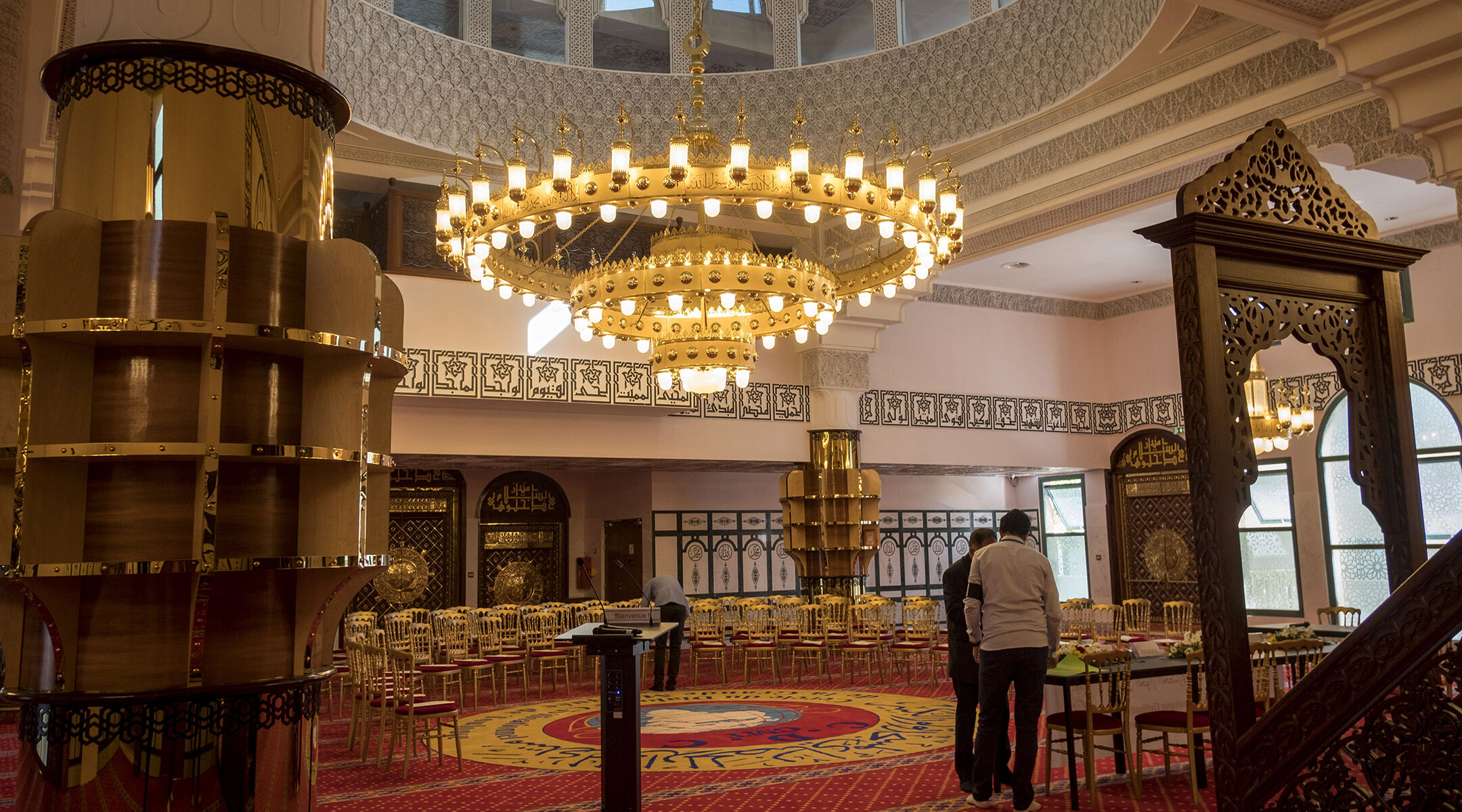 (JTA) — A senior imam in France who in a sermon recited a religious text commanding Muslims to kill Jews has been acquitted of incitement to antisemitic hate charges.

Mohamed Tatai, the rector of the Great Mosque of Toulouse, had no desire to incite hatred in his sermon from 2017, the Correctional Tribunal of Toulouse ruled Tuesday. The sermon came days after news broke that the United...

Benny Gantz: Israel is OK with Biden efforts to reenter Iran deal, but wants to see a ‘Plan B’

(JTA) — Israel will not oppose the Biden administration’s efforts to reenter the Iran nuclear deal but wants to see a credible “Plan B” to rally international support for Iran’s isolation, Israeli Defense Minister Benny Gantz said.

“The current U.S. approach of putting the Iran nuclear program back in a box, I’d accept that,” Gantz said in an interview posted Tuesday by Foreign Policy magazine.

A private investigator observed a Cleveland-area synagogue during the High Holidays. Its worshippers are outraged.

(Cleveland Jewish News via JTA) — An Ohio city hired a private investigator to observe Jews entering and exiting a local synagogue on the first day of Rosh Hashanah as evidence for an ongoing lawsuit, outraging Orthodox Jews there and further inflaming tensions in a local dispute over worship protocols.

University Heights officials said the investigator, who had been hired by the mayor at an undisclosed cost,...

Free ‘I Dissent’ reading with Tovah Feldshuh on Friday

Six-time Emmy and Tony Award-nominated actress Tovah Feldshuh will reprise her role as Supreme Court Justice Ruth Bader Ginsburg as part of a celebration of the first yarhzeit (anniversary) of her passing “orchestrated” by the Friends of the Israel Philharmonic.

Feldshuh played Ginsburg in the film “Sisters in Law,” which depicted the relationship between her and Sandra Day O’Connor, the first female justice appointed to the nation’s highest...

Effort to recall California’s governor fails, but scrutiny on Dianne Feinstein could be lasting effect

(JTA) — Democratic California Gov. Gavin Newsom easily survived a recall election Tuesday, putting to end the possibility that a right-wing Republican could take over as the state’s top executive. But one effect of the bruising political fight appears likely to endure: scrutiny over whether America’s first Jewish woman senator is still fit to serve.

Sen. Dianne Feinstein’s name was not on the ballot, but in some...

WASHINGTON (JTA) — A congressional letter backed by Muslim and Jewish groups is urging the federal government to make kosher and halal meat available to observant Jews and Muslims through an emergency food program.

“As the United States...

(JTA) — More than one in five Jewish adults who play online multiplayer games faced anti-Semitism while playing, according to a new survey from the Anti-Defamation League.

The survey, published Wednesday, found that harassment and bigotry are common across the 97 million Americans who play multiplayer games. Among adult gamers surveyed, 83% said they have been harassed while playing. Sixty percent of gamers aged 13-17 who were...

(JTA) — Hundreds of Israelis who traveled to Ukraine for an annual Rosh Hashanah pilgrimage to the grave of a Hasidic rabbi are suspected of using forged negative COVID tests to return to Israel after testing positive for the virus.

Tens of thousands of Israelis travel to Uman, Ukraine each year in a pilgrimage to the grave of Rabbi Nachman, the leader of the Breslov branch of...

ANNETTE SMITH SMASON, the music maven of Smith’s Records, who helped transform a small card and gift shop into one of the best-stocked and highly-regarded record stores in the nation, passed away on Sunday, September 19 in a Dallas hospice...